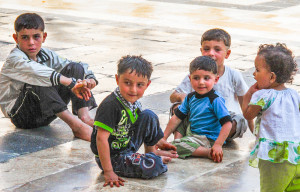 I drove past a solid line of coaches along Queen’s Road, Cambridge, between King’s College back gate and Silver Street on Saturday.  I muttered ‘Bloody tourists, I hate them’, seeing in my mind’s eye the unpleasant place the centre of Cambridge has become in the visitor season, which now seems to go on for ever.  It was an intemperate, spur of the moment, remark and quite at odds with the positive view of tourism I’ve always tried to take in my work on destination management.  When I had calmed down I recovered my understanding of the benefits of travel, not least to the visitors themselves.  Photo: Great Mosque, Aleppo 2010 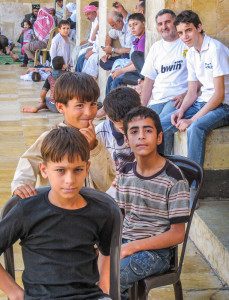 I was reminded of this reading Caroline Morehead’s review of Andrew Solomon’s Far Away: Reporting from the Brink of Change in the Guardian on Saturday.  Morehead concluded:

Solomon has also come to believe that travel itself may be as important as school attendance and environmental awareness in forming good citizens.  Travel, he writes, “is a set of corrective lenses that helps focus the planet’s blurred reality”.  Without going to places there is no real understanding of otherness, and otherness in all its forms, social, political mental and sexual is what Solomon has spent his life exploring.  Photo: Great Mosque, Aleppo, 2010 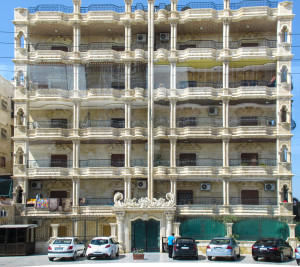 In 2010 I went on a tour to Syria – Damascus, Homs, Latakia, Aleppo, Deir Ez-zor, Palmyra.  Now when I see news reports of the atrocities in Aleppo, it can never be just another report of inhumanity inflicted on far away people of whom I know little and might care less.  Photo: New apartment block, Aleppo 2010