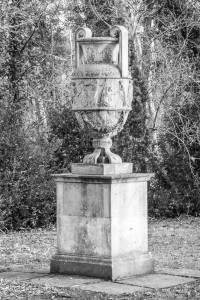 Anglesey Abbey was extremely busy on 27th December.  I suspect this was partly because it was a Bank Holiday, partly an excuse to avoid the post-Christmas sales and partly an opportunity to get out of the house and exercise after the excesses of the previous two days. 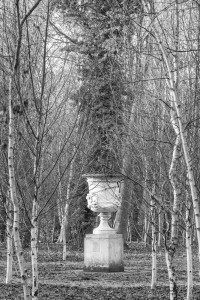 It was full of families having fun, especially along the walk through the woods up to the tree house and the play area.  I’m impressed how the National Trust is now making its properties family friendly, no more just fusty old houses watched over by hard-eyed custodians.  (I had been to the brilliant Winter Lights at Anglesey Abbey and a nostalgic little carol concert in the Chapel at Oxburgh Hall earlier in the month.) 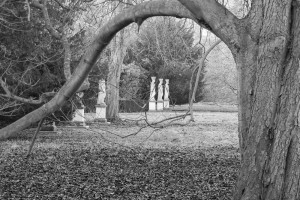 Watching over it all were the sculptures and urns.  Calm, silent enduring presences against the seasonal changes in the landscape.  I wondered why these were not wrapped up against the winter.