Posted on November 1, 2017 by brianhuman 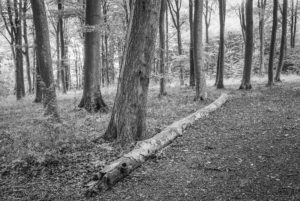 ‘Beech is linked with time, wisdom and knowledge but especially written wisdom, as the Beech was used in thin slices to write upon and form the very first books. This is corroborated by the fact that Beeches were called ‘Boc’ by the Anglo-Saxons, which later became book. Even today the Swedish word ‘Bok’ means both book and beech and in German ‘Buch’ means book and ‘Buche’ means Beech.’

‘Whatever material words were inscribed, took on the power and magic of the gods which is why the Beech tree was held in such awe. Writing made knowledge manifest into the physical world and therefore allowed that wisdom to be passed on to future generations. Beech can help us make wishes, by scratching your wish upon a piece of Beech and then burying it. Say a simple spell or prayer as you are giving it back to the earth and then it will begin to manifest in your life.’ From ‘Tree Lore’, The Order of Bards Ovates & Druids