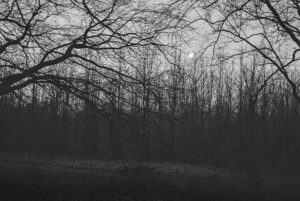 Alex Schneideman explores the importance of patterns in his ‘Thinking Photography’ feature in the May 2017 issue of Black+White Photography.  He defines patterns in three ways: as repeating graphic shapes; as related to an order or system; and as a mode of thinking or behaviour.  He argues: ‘A pattern is a visible manifestation of an invisible force.  Only a photograph can reveal these forms and the story of their origination in a way that renders them poetic and human.’  ‘Trees denuded of leaves,’ he claims, ‘reveal the similarity of their structures – not only is this a pattern in the objective sense but …. It is also true in the sense of there being a governing force revealed slowly over time.’