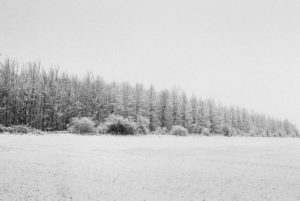 At the beginning of November I mentioned that I hoped to photograph the Beechwoods in snow.  On Sunday 10th December I awoke to about three centimetres of snow on the ground with more still falling.  Wrapped up well, and with new boots, I walked up to the Beechwoods along whitened streets with cautiously crawling cars. 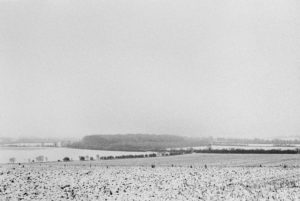 The rough fields of winter plough and stubble broke through the snow stippling the surface.  The dark lines of hedges, haunt of fieldfares and blackbirds foraging for haws, defined field boundaries. 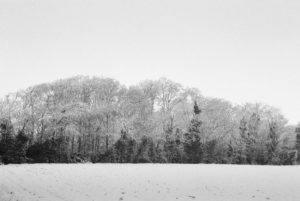 A week previously the woods sat dark and a little mysterious, black fingers clawing at the air.  Now they were softened, a silvery filigree against the grey of a sky promising more snow.