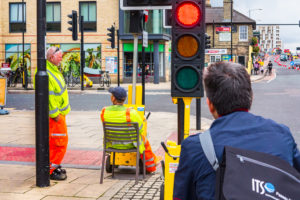 Computer controlled self-driving cars are being touted as the future for motoring.  Well, just maybe, though it has the ring of one of those mistaken ‘Tomorrow’s World’ promises about it.  Will it be safer, or at least as safe as at present?  Questionable.  Will there be fewer cars on the road?  Doubtful.  And what are we to do while the car is driving itself?  More time on social media or checking e-mails from an ever demanding boss perhaps.  It all sounds like technology in search of an application and a frantic attempt by the technology companies to create a new market.  We might be better off putting the energy into shaping 21st century attitudes to travel and developing sophisticated managing traffic?