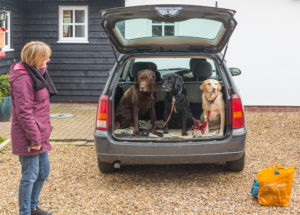 ‘In Greek mythology, Cerberus is a three-headed watchdog who guards the gates of Hades. In Norse mythology, a bloody, four-eyed dog called Garmr guards Helheim. In Persian mythology, two four-eyed dogs guard the Chinvat Bridge. In Philippine mythology, Kimat who is the pet of Tadaklan, god of thunder, is responsible for lightning. In Welsh mythology, Annwn is guarded by Cŵn Annwn.’  Wikipedia