Disposal of the Dead 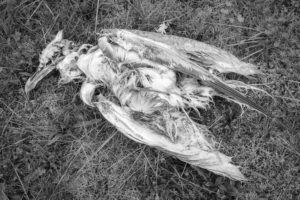 There are good public health reasons for taking care over the disposal of human corpses. The manner of disposal is often dominated by spiritual concerns or a desire to show respect for the dead or both, and may be carried out through a traditional ritual.  Sky burial, and a similar method of disposal called Towers of Silence practised by Tibetan Buddhists and Zoroastrians, is an ancient practice.  The corpse is placed on a mountain, or in some traditions on stone structures called Dakhma, to decompose while exposed to the elements and to be eaten by scavenging animals, especially carrion birds.   Apparently few such places remain today due to religious marginalisation, urbanisation and declining vulture populations.

2 Responses to Disposal of the Dead