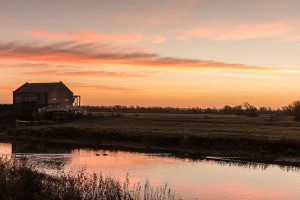 Saturday 10th was gloomy, wet and thoroughly miserable.  Is it any surprise that we talk obsessively about the weather when the 11th dawned crisp and clear?  In the east the sky glowed a soft orange; in the west the clouds were tinged with pink. 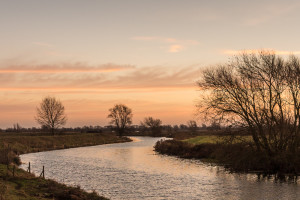 The sun broke the horizon in a splinter of brilliant yellow, climbed rapidly bringing light and warmth, and tinting the clouds rosy gold against a ground of palest blue.  Trees, buildings and river banks were cast into shadow. 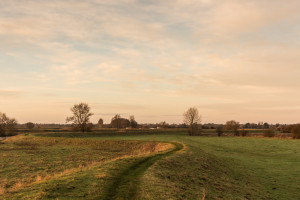 A dilemma for photographers: what to expose for and how much manipulation to do in the computer afterwards?  I usually want to be able to bring some detail into the shadows while having depth in the sky tones. 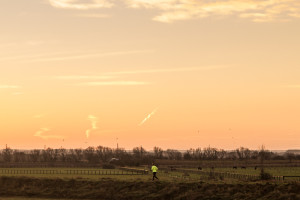 A dilemma too in whether to photograph at all.  Yet another sunrise to add to the many already filling the Fenscape files.  Isn’t one much the same as another?  Well, no, like the weather they are infinitely variable. 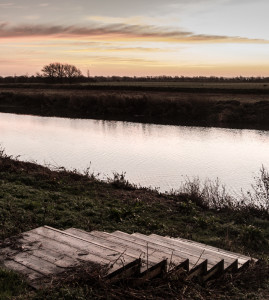 I listened to the reading of Mad Enchantment on ‘Book of the Week’ and was reminded how Monet painted the same subject many times – haystacks, his garden, Rouen Cathedral – to reveal the alchemy of changing light.  Monet was influenced by the work of Japanese print makers, like Hokusai’s Thirty-six Views of Mount Fuji.  So, a series of Fen sunrises is justified.