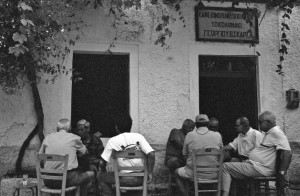 My first edition of Mani includes 26 photographs by Joan Eyres Monsell.  They include landscapes, buildings and people.  She is known as a photographer: her 2010 obituary in the Telegraph refers to her as ‘one of the most distinguished amateur photographers of her generation’.  That word ‘amateur’ is loaded.  I find it difficult to judge her work from what appears in Mani – she was perhaps not well served by designers, printers and publishers. 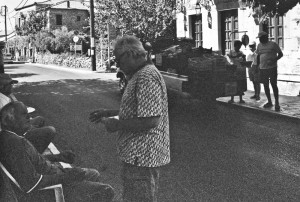 Does an archive of her work exist?  If so where is it?  With PLF’s papers?  In the house in Kardamyli in the care of the Benaki Museum?  Has there been any serious study of her work? 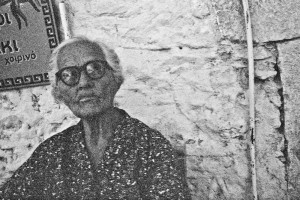 Seeing her pictures of Maniots prompted me to dig out three very poor shots (acute under exposure being but the most obvious failing) taken in Kardamyli in 2010.  They make her amateur work look vey accomplished.