In the past year two things have happened to add some details to the story of Joan Leigh Fermor, photographer, described in my blog of 22nd November 2017.  First, the publication of Patrick Leigh Fermor – The Journey Continues.  Second the exhibition and associated publication ‘Ghika Craxton Leigh Fermor – Charmed Lives in Greece’. 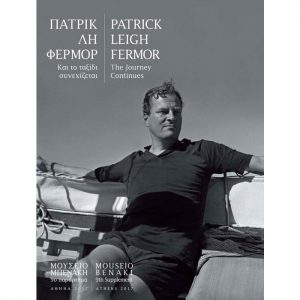 Connolly describes Joan as quiet, shy even, measured, clear sighted, interested in unconventional people and with an excellent mind and sound judgement.  ‘She was an observer, but she was always very present’, says Connolly.  A line can be drawn between these qualities and Joan’s career as a photographer: ‘Naturally watchful, she began to take photographs’, suggests Connolly.  Joan ‘delighted in ghoulish things’, which brings to mind immediately her photography of Pere Lachaise Cemetery, London’s Victorian cemeteries and cemeteries in Genoa, Guadeloupe and Haiti. 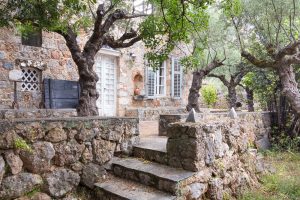 McClay describes how the Joan Leigh Fermor Archive arrived at the National Library of Scotland .  There are around 6000 photographs in her achieve; and there are 3,000 in the PLF archive, some of which are by Joan.  He suggests, ‘That she had a keen eye and [the] ability to photograph architectural and archaeological subjects is clear from her pictures.’   ‘Whilst many of Joan’s photographs are in albums which give basic geographical and chronological details they would be immeasurably enhanced with fuller descriptions,’ writes McClay.  Overall, ‘the collection is of significant interest and importance, not just for Paddy enthusiasts but for those particularly interested in Greece.’ 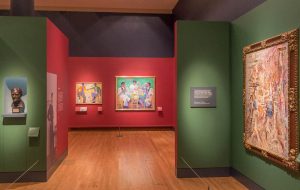 This exhibition opened at the A. G. Leventis Gallery in Nicosia, Cyprus, in February 2017, moved on to the Benaki Museum, Athens, in June 2017, before a run at the British Museum, London, from 8th March to 15th July 2018.  The exhibition included paintings, drawings, photographs, text, a short film and artefacts.  It records what Sir Michael Llewellyn-Smith in the film calls, ‘a time of renaissance of literary and artistic collaboration between Britain and Greece’.  The substantial, well-illustrated publication to accompany the show, edited by Evita Arapoglou, documents the lives in Greece of the creative trio.  My comments below are based on the 3rd revised edition, April 2018.

The book focuses on the story of the three protagonists, with Joan portrayed as a continuing and reliable background presence.  She wrote newsy letters to Ghika; he, John Craxton and other friends seem to see her mainly as a confidante and friend.  In later life her focus at Kardamyli seems to have been gardening, cats and cookery. However, she is described as an ‘indispensable part of [Paddy’s] life, the lover, companion and support’, a quiet, calming force.  He aspired to be a writer, but: ‘Apart from his trans-European walk in the 1930s, which he did not yet see how to handle, he had no core experience to draw on.  His travels in Greece, with Joan [taking photographs] were the result.’ 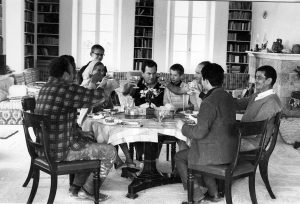 Both The Journey Continues and ‘Charmed Lives in Greece’ focus very deliberately on Patrick Leigh Fermor, not Joan, who is a supporting actor in the ‘renaissance’ drama that is recounted.  She emerges as reserved intelligent, thoughtful and organised, qualities that complemented Paddy’s very different character.  This was certainly not a purely passive role: she accompanied Paddy in his explorations of Greece; and her photographs informed his writing and graced his publications.  In the film show at ‘Charmed Lives’, John Craxton speaks of how he and Ghika were ‘working by memory and imagination’.  That would be a very good description of Paddy’s writing too and Joan’s photographs were important to him on both counts.

Connolly writes of Joan as ‘naturally watchful’ and an ‘observer’, both qualities essential for good photography.  They have shaped the significant, interest and importance that McClay accords her work.  But the limited number and range of photographs included in the exhibition and publications offer few new clues as to the quality of her work, other than as competent records.  A sense of personal and photographic competency emerges and it appears this how she was seen in the wider literary and artistic circle of which she was a part, not as creative artist in her own right.  How much this is really due to any limitations she had as a photographer or the cultural climate that still relegated photography to the lower ranks of the arts is an open question.