Paul Strand at the V&A 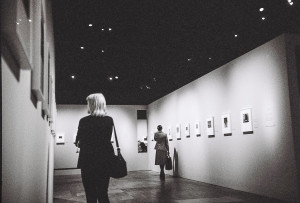 I visited ‘Paul Strand: Photography and Film for the 20th Century’ at the Victoria and Albert Museum on 19th May.  The exhibition includes around 200 photographs and objects across Strand’s career, spanning his early experiments in abstraction and candid street portraits, close-ups of natural and machine forms, and explorations of the American Southwest, Mexico, New England, Europe, Egypt, Morocco and Ghana. 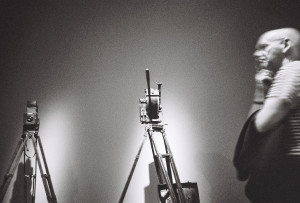 The exhibition confirms Strand (1890-1976) was one of the greatest and most influential photographers of the 20th century.  His work helped define the way fine art and documentary photography is understood and practiced today.  He, along with the likes of Atget, Edward Weston and Walker Evans, opened the eyes of generations of photographers to the importance of everyday objects and experiences as legitimate subjects – we are asked to look for deeper qualities beyond the external appearances.  He also reminds us that bigger is not always better.

One of the things that sets the photographs apart is the tonal quality of extraordinary depth, compared with much modern photography.  Shadows and dark tones draw in the viewer, flesh becomes bronze and metal has a quicksilver shine, all with a magical luminosity.  It shows the unique qualities of large format photography and silver gelatine or platinum printing.  Digital photography and ink based printing are sad heirs to a great tradition. 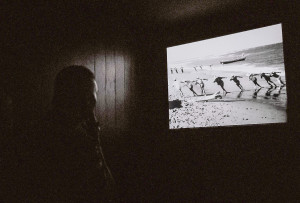 Strand’s films Manhatta, Redes (The Wave) and Native Land were also shown.  Manhatta epitomises that way in which film and photography made rising smoke and steam synonymous with the image of New York in the first third of the 20th Century.

Overall an important exhibition of gentle contemplative work revelling in the timeless beauty and dignity of everyday places and people.  Strand’s politics were left wing and came to the fore in Redes and Native Land.  If the photographs are hardly a rallying call to revolution, you can still see whose side he was on.