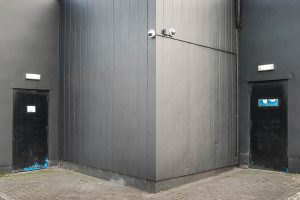 When I went to the Out Patients of our local hospital a while back I was greeted by a disembodied voice saying, ‘For your safety and security this entrance is monitored by 24hour CCTV’.  I hadn’t felt the least bit unsafe or insecure up to that point.  The vast majority of CCTV cameras are operated by private individuals or companies, mainly to monitor shops and businesses. The estimated the number of private and local government operated cameras in the United Kingdom in 2011 was 1.85 million, or one camera for every 32 people.  It was further claimed that on average Jo public was captured by 70 CCTV cameras every day.  It’s a safe bet that there are many more around now – so behave!