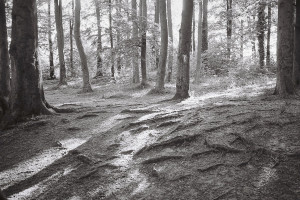 The Beechwoods is a rare piece of mature beech woodland on the southern outskirts of Cambridge. It is a vantage point from which to observe and reflect on the seemingly inexorable expansion of the high-tech City.  I’ve begun to photograph there and this is developing into a small project.

According to the Beds, Cambs and Northants Wildlife Trust: 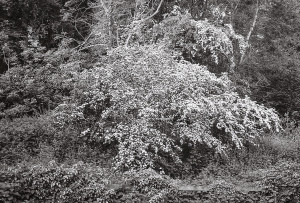 “The Beechwoods were planted on arable land in the 1840s. Medieval plough terraces are still visible beneath the trees. Delicate white helleborines thrive on the dry chalky soil, pushing up their flowering spikes in the spring before the budding beech-leaves can cast their deep cool shade. These orchids are usually found under beech, and this nature reserve is one of their most northerly outposts. 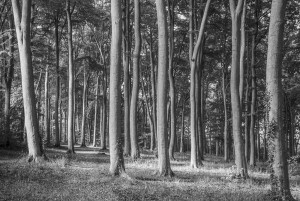 The original beech trees are all mature, and beech-bark fungi combined with autumn gales have caused many of them to fall in recent years. Saplings have sprung up in the gaps, and the wood is now developing a more varied structure. West of the old wood, local people planted a new area of broadleaved trees in 1992. Because this area has a greater variety of trees it will mature to provide a range of habitats to complement the old beech wood. In years with a good beech-mast crop, large flocks of bramblings gather to exploit the rich food source.” 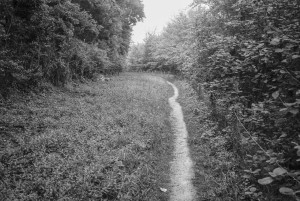 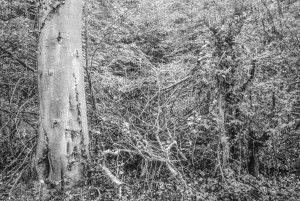