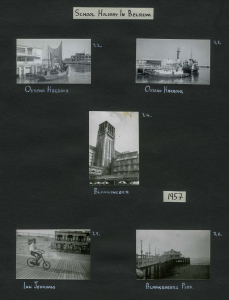 Previously (7th November 2014) I posted what I thought were the only surviving pictures from my school trip to Belgium in 1958 (there appears to be some confusion over dates). Rummaging around looking for something else I have found nine more prints in an album made from a lever-arch file. They cover Blankenberge, Bruges and Ostend. 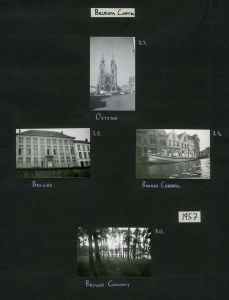 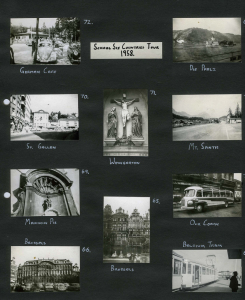 In the same album I also found 10 photographs from the ‘School Six Countries Tour 1958’. I had thought these to be lost. The pictures cover only Belgium, Germany and Switzerland. We also visited a corner of the Netherlands and probably passed through Luxemburg, but which was the sixth? France and Lichtenstein are the most likely candidates for fleeting visits. Where is the diary I was required to write when I got back?

The pictures capture subjects that are both eternal and dated. Their format – black and white contact prints from 127 film (Kodak Brownie 127 camera) processed through the local chemist – gives them the nostalgic appeal of a long gone photographic era.