In my post on 31st January 2015 I likened reviewing contact sheets from 1984 to 1991 to a virtual road trip in which I experienced different encounters with the pictures and the places they record, encounters around degrees of remembrance.
Revisiting photographs from 1992 to 1996 offered the same sense of exploration, but also prompted me to look at what I had photographed and why. In this period photographs were taken in Paris, Brittany, Montpellier, Cyprus (south), Tuscany, Ypres/Flanders, Kusadasi (Turkey), the Somme, Andalucía and New Zealand. The contact sheets emerge as a visual diary to set alongside a written one, though calling them collectively a visual diary does not explain the choice of images they contain. Looked at more analytically, I can to identify five broad strands: records and aide memoirs; encounters; recording beauty; fascination with the new; and professional interests. The strands overlap and intertwine frequently. 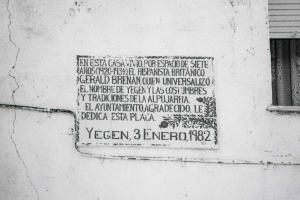 While all of the photographs are records that will jog the memory years later, some appear to have that as a principal purpose, a reminder of a place and some aspect of how it looked. It is something a little richer than a simple diary entry that might say, ‘Watched children being given pony rides in the Jardin du Luxembourg’. Sometimes it records a connection. During a visit to Andalucía in 1996 I read Gerald Brennan’s vivid account of the region South from Granada (1957) and drove to Yegen, the village where he lived, in a modest act of pilgrimage. The sole picture from the visit is of a plaque on the wall of his house. It complements and makes faintly tangible a diary entry that ‘…Yegen was closed and quiet’ and connects thoughts and experiences from that first trip to southern Spain. 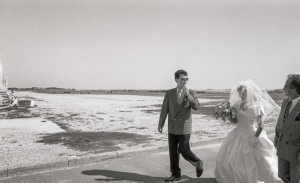 Many of the records show something that is static or at least observed passively. But occasionally the images are about encounters that create a sense of engagement and place: a wedding party on the edge of the marshes outside Aigues Mortes; listening to musicians around the Baptistry in San Gimignano; watching fishing boats unload at Kusadasi; and the bustle of street markets along the Bvd de Bellville, Paris. It might be argued that these pictures move beyond mere records into a more documentary way of working. But if they do that, they also show how superficially photography sometimes captures the experience: fishing boats lose their smell of the sea; and pictures of street musicians are a poor substitute for the living magic of the music. 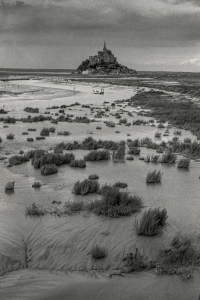 Recording beauty is essentially about photographing the aesthetically, visually, arresting. The subject, and the photograph, may have other meanings, but it is the aesthetics that drive the choice of subject and shape the composition and choice of photographic technique. The beauty of subjects is one aspect of delight explored briefly in my post of 13th October 2014, ‘Travel – Delight’ 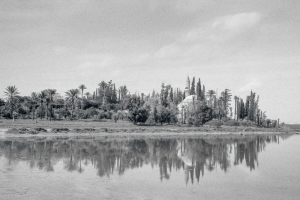 In that post I also said, ‘Insofar as travel takes one away from the familiar comforts of home, all will provide some opportunities to experience new and different places.’ Out of this comes a fascination with the new as subjects for photography. It taps into the idea that ‘there is no landscape at home’ (‘what Robert MacFarlane calls ‘blandscape’ in Landmarks (2015). We become blasé about place, familiarity dulls our perception of that which is worthy of note and we are ‘indifferent to the distinction between things’. So, abroad the quotidian is suddenly new and fascinating – plants, signs, streets, vehicles, trades, markets, produce, shop fronts, architectural styles, building materials and so on – and there is an urge to capture it on camera. The greater the distance travelled culturally and geographically the stronger this urge becomes as the merely different becomes exotic with its implications of greater strangeness from one’s everyday experience. In Cyprus and Turkey minarets, local dress and the everyday use of horses and donkeys were manifestations of the exotic for a visitor from England. 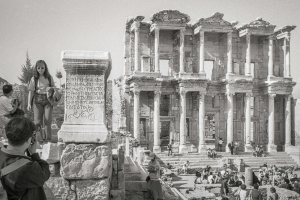 The final motivation for taking photographs was that of professional interests. These covered two areas: architecture, planning and development; and the nature and impact of tourism, especially on historic places. The results were largely record shots, though I hope they were taken with some aesthetic judgement and reveal something significant about the subject.