Travels – On the Road: Real and Virtual

In recent posts about my book of travel photographs I’ve taken inspiration from The Open Road, while being cautious about drawing too close an analogy between this and what I’m trying to do. However, perhaps I’ve been too cautious.

The Open Road shows that the work was often made on multiple trips and seldom resulted from a single journey from A to B on a route that may be more or less convoluted. The various trips I’ve made to France may make for a closer analogy than I had allowed. These road trips were real.

There is also a virtual road trip to be made by sitting back and reviewing contact sheets of photographs made at the time. There are several different types of encounter on this journey, encounters with pictures that are:
• favourites and have been printed and displayed;
• remembered, but never printed;
• remembered but forgotten, i.e. recognised only once they are seen again; and
• forgotten completely, i.e. no recollection of the taking and effectively seen for the first time.
In addition to finding and refinding pictures, I rediscovered places and events that I had forgotten.  The elements of discovery on this virtual journey were enhanced by my changing perspectives on photography over time, a period of up to 30 years.

I have now reviewed contact sheets from the period 1984-1991. The eight photographs below are from trips to France and are presented in two groups. 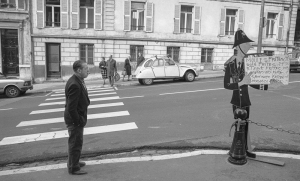 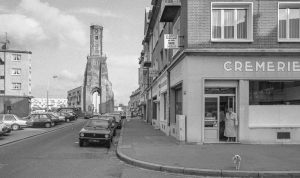 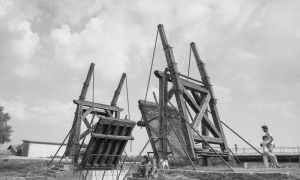 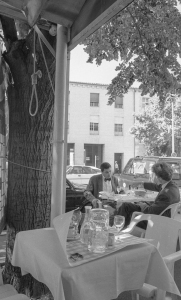 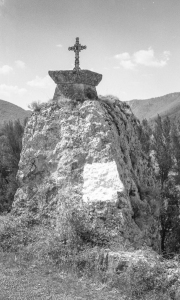 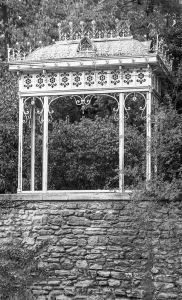 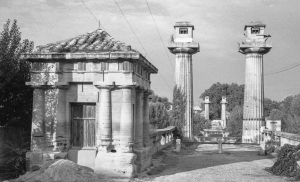 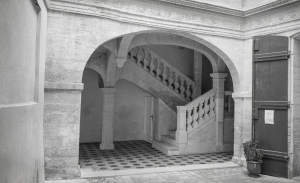