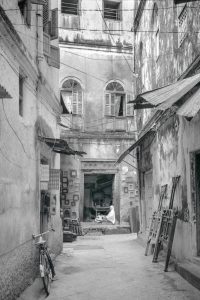 Mike Morrish led a session looking at cityscape photographs by members of the Forum.  He defined cityscapes as: A photograph of the physical aspects of a city or urban area.  It is the urban equivalent of a landscape.  The city or section of a city is viewed as a scene, or may be an artistic representation of a city or urban environment.  It might take a variety of forms: a pictorial view; a view as from an aircraft or skyscraper; city buildings silhouetted against the horizon; a city scene with typical elements; an image of an individual building or street. 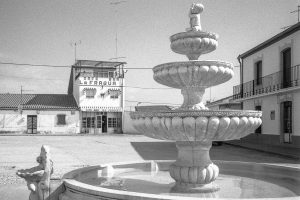 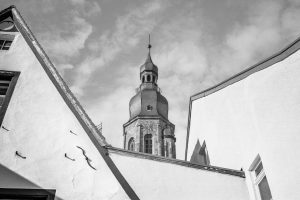 Photographically, the session revealed a variety of approaches: black and white and colour; wide views and close ups; unconventional angles and picture postcard views; manipulated images and straight photography.  The pictures frequently showed the value to simply taking the advantage of whatever opportunity is on offer, whether using a simple camera because it’s easy to pack or grabbing a shot on a flight or guided tour.  The resulting pictures may not be great (though they may be very good, e.g. scenes of Rome and Sydney), but they sometimes get the essence of a place or building that might escape a more considered or carefully composed shot. 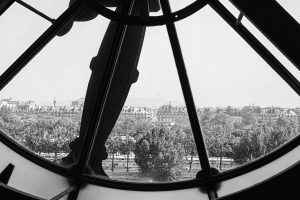 Geographically and environmentally, the pictures captured a dichotomy between local distinctiveness, e.g. Stone Town and Trondheim, and a homogenisation in the ever expanding high-rise of big cities, e.g. Singapore and Manilla.  New was set against old, dereliction against renewal, pride of place against financial gain.  If it was a geography lesson, it was a lesson in inexorable change and globalisation.