Posted on September 8, 2018 by brianhuman 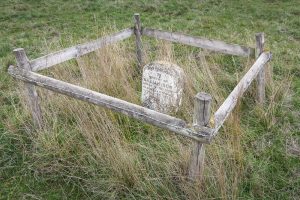 Quy Fen is a wildlife haven and a rare place to find cattle grazing in the Fens – income from the grazing is shared by the neighbouring villages. In earlier times villagers had the right to cut hay or pea sticks on the land. A lonely memorial stone records: ‘Time how short.  In memory of William Ison who was on this spot killed by lightening 28th August 1873 aged 29’.  Apparently he was making hay; it’s to be hoped that it was not metaphorical hay.  Globally the chances of being killed by a lightning strike are 300,000 to one.  The odds are 66 times longer in the UK, but still shorter than winning the Lottery.