Posted on February 26, 2020 by brianhuman
Posted in Film Ends | Leave a comment

In my post of 11th February I wanted to provide a context for my Take a Seat pictures by looking at how the subject was treated in western painting.  I have now tried to broaden the context by looking at how photography deals with the same subject through consideration of 425 photographs from seven published sources.

Portraits and otherwise posed pictures of individuals are the largest single category and appear to represent a greater proportion than in painting.  Leaving these aside, the broad categories that emerge are consistent overall with those found in painting.  The eight subjects most favoured by photographers are in order:  individuals resting, relaxing, thinking or sleeping; groups of two or more people interacting (including a subset of romantic exchanges); individuals driving or riding; individuals or groups eating and drinking; static group portraits; people contemplating a view or work of art; figures nursing or caring for a child; and people reading.

With a few 19th century exceptions, photography ignores religious, historical and academic subjects and is concerned with what is happening in front of the camera now.  It is the logical development of earlier genre painting and proceeds in parallel for a while with the work of those artist who were painting modern life.

Within the shared categories there are qualitative differences.  Overall the photographed subjects are seen as more dynamic, more natural and spontaneous than in paining, as would be expected from the nature of the two media.  Maternity or nursing figures still occour, but much less frequently and when they do they are secular, not religious.  ‘Riders’ are if anything more common in painting, but they are much more likely to be in a motor vehicle or on public transport than on a horse.  Within the resting category people are more likely to be seen fully asleep.

One thing that anthologies and histories of photography do not yet show are figures fixated on their laptops and mobile phones. It’s only a matter of time…

The final part of Art, Passion & Power: The Story of the Royal Collection (the always-watchable Andrew Graham-Dixon on the BBC) looked at ‘Modern Time’, from the late 19th Century to today.  Photography featured twice.

Second, Dorothy Wilding (1893-1976).  Wilding, who began her photographic career as an apprentice to Marian Neilson, was the first woman to be appointed as the Official Royal Photographer for the 1937 Coronation.  She is best known for her bright high key portraits. The first stamps issued with Queen Elizabeth II’s portrait are known as Wilding philatelic series after the photographer.  Wilding stamps were used until 1967, which must make her photographs the most widely reproduced ever.

Watched the third part of Andrew Graham-Dixon’s excellent BBC 4 Art of Germany series yesterday.  ‘In the Shadow of Hitler’ explored the photography of August Sander and Bernd and Hilla Becher – who knew that French, German and British winding towers reflected national characters.

Further to my post of 14th February, the four photographs shown (London, Brighton and Broadstairs) were selected for the exhibition, plus this one of Cambridge.

Depictions of seated figures in their many guises in diverse public or semi-public situations give the characters varying degrees of dominance.  Individual small figures may be part of a wider landscape or setting; small figures may be part of a bigger social gathering.  Interactions between two or three people may occupy a frame; and pictures of lone individuals may fill the frame without being formal portraits.

Generally, the larger the figure the more the surroundings and context are obscured and are become incidental, though details may take on symbolic importance.  In the case of small figures there is a tension between them and the setting.  Does the expanse of the setting dominate the figure, which does little more than provide a sense of scale, a reference against which to evaluate the context?  Or are they complementary, with the understanding of both enhanced by the juxtaposition?

Extracts from a media release issued by Shutter Hub

Postcards from Great Britain is a large scale project from photography organisation Shutter Hub, which invites photographers to share their visions of British culture through photographic images to create conversations and exchange.  Pop-up exhibitions are being organised in locations across Europe, with related events, showcasing thousands of postcard-sized images. Every single image which is submitted to Postcards from Great Britain will become part of an archive catalogue, to be housed in libraries and archives around the world, and 100 images will be selected for a collectable postcard set.

At a significant time in European history this project sets out to document and share aspects of British culture, spanning all genres of photography, and collating images which include social, political, historical, traditional and observational responses.  Amongst the many exhibitions and events across Europe….highlights include a Symposium at Cambridge University and a moving exhibition on the North Sea, in partnership with DFDS Seaways and their Newcastle to IJmuiden crossing.

With interest from the V&A and other impressive institutions, Postcards from Great Britain has already attracted the support of Fujifilm, and the archive has been pre-selected for the Cambridge University Library and Lightbox Photobook Library in Taiwan, amongst others. The project will launch in Haarlem on the evening of 05 March 2020….This will be the first showing of photographs from the project and will showcase the work of over 100 photographers. More details and updated exhibition information can be found on www.shutterhub.org.uk

I submitted five photographs (3 above) – some are included in the exhibition, but I don’t know which.

Another example of where only colour will do. 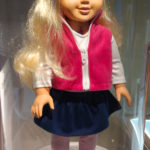 I have posted 32 photographs under the title Take a Seat – Take a Moment (including this one).  This subject, people sitting in a public or semi-public setting, has now developed into a definite project, as I suggested in my post of 21st March 2019.  The people in the photographs posted are engaged in diverse activities, drawing, smoking, invigilating, waiting for a train and so on.  The majority (23) fall into four main groups: reading, relaxing in thought, eating and drinking and using a mobile phone.

This is only a small sample from what will eventually be a much larger collection, but it is interesting to compare it with how artists have traditionally depicted a seated figure or figures as the main subject of a painting, leaving aside the formal portrait, which is a special case. I looked at 472 paintings from half a dozen sources. Separating the rest into simple subject categories is complicated by the fact that pictures rarely show just one activity: people relaxing may also be enjoying a view; an artist painting and a musician performing may also be people at work; and the members of groups eating and drinking will also be interacting with each other.  I have tried to define what appears to be the predominant activity to provide a description that helps to draw out differences between paintings.

Just as my photographs of people using mobile phones reflect our times and technology, so do some features in western painting since the 13th Century.  The seated Madonna and Child is one of the most frequent subjects, echoing the prevailing beliefs, culture and purposes of art.  Figures on horseback show not just a historic means of transport, they are also statements about social status.  These two subjects are unlikely to appear in many subsequent photographs made for this project.

Aside from portraits, Madonnas and riders, the seated figure as subject appears in myriad guises through western painting, from praying to giving blessings, smoking to cooking, bathing to writing and seduction to playing cards.  The mix changes over time as the dominance of religious, classical and history painting increasingly gives way to genre painting and painting of modern life from the 18th Century. It’s a shift that is reinforced by the advent of photography, which frees painting from the demands for formal portraiture.

Among the subjects favoured by painters, in a rough order of frequency, are: groups of two or more people interacting (including romantic exchanges); people resting, relaxing, thinking; people reading; individuals or groups eating and drinking; musicians performing; people contemplating a view or work of art; domestic scenes; and artists painting or drawing.  The overlap with the emerging subjects in Take a Seat is clear and will probably become more consistent as the project progresses.

Posted on February 6, 2020 by brianhuman

Even with my (mild) colour blindness I can see the red in this.  Reminds me to go to the Fen Ditton Gallery for the exhibition Seeing Red.  ‘This exhibition is the second in a series of exhibitions exploring colour that Amanda Game is curating for Fen Ditton Gallery. Each show brings together works by artists, from different disciplines, to explore how colour as both subject and medium remains a fundamental part of many artistic processes.’