All in the Image 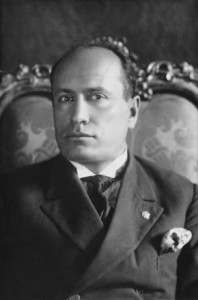 When the Queen celebrated her 90th birthday Roy Hammans shared on Facebook a picture of the Queen and her great grandchildren with the comment: ‘Say what you like about the Royals – or photographer Annie Leibovitz for that matter – this really is a great photograph.  Wonderful colour, perfect lighting and every face full of character.’

I commented: ‘Nice to see that Windsor PLC uses the best photographers to keep the product looking wholesome. Someone should do a study of the role of photography and photographers in selling heads of state.’

By coincidence I’ve been reading On Photography by Walter Benjamin (Reaktion Books Lid, Ed Esther Leslie) and came across the following.

‘The Italian leader visited Capri in 1924, while Benjamin was staying there.  Benjamin remarked in a letter on the divergence between Mussolini in the flesh and the heartthrob of postcards: in reality, he was sluggish and puffed up, smeared in rancid oil and like a fat grocer’s fist, according to Benjamin’ (p.29).

And the studies have been done, of course, see e.g. Fascist Spectacle: The Aesthetics of Power in Mussolini’s Italy by Simonetta Falasca-Zamponi.