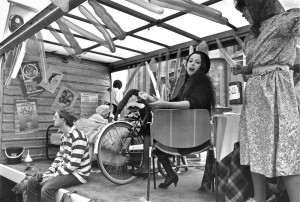 Between 1977 and 2002 I wrote and illustrated with photographs articles for several local magazines.  They covered history, events, customs and places.  Most of the magazines have since closed or been replaced by glossy lifestyle publications with little room for local eccentricities, and less still for black and white photographs.  A few copies of the original magazines will exist somewhere in the dusty back rooms of libraries, or perhaps increasingly on digital files, in both cases very largely unseen.  I make no great claims for the photographs, but they do capture something of life in the County over 25 years and I’ve decided to include some of the better ones in a photo book.