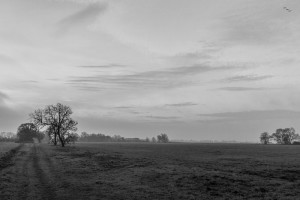 Early morning walks have been among the treats of recent months.  Since the first in August (13th, to be precise) the days have shortened inexorably and now it’s a matter of starting in the semi-dark and waiting for the sun to rise.  Walking in the light has been replaced by the reassuring certainty of seeing the sun warming the sky and then bursting over the horizon. 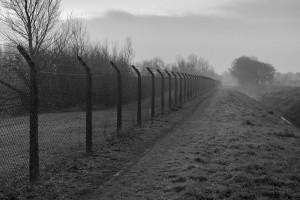 Now we are a few days away from the December Solstice, this year on the 21st at 10.44.  (The Solstice can occour on December 20, 21, 22 or 23, though December 20 or 23 solstices are rare – the last December 23rd solstice was in 1903 and will not happen again until 2303.)  Then we will have the slow climb back into the light.  But even that is delayed: the mornings continue darkening and the sun setting a little later into January.  This peculiarity is largely due to the fact that a solar day is not always exactly 24 hours. 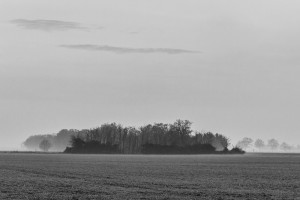 In acknowledgement of the approaching Solstice today’s Fenscapes are in the shaded tones of monochrome.