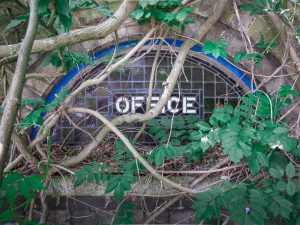 ‘A couple must pay more than £1,100 in fines and costs after letting a Grade-II listed building fall into a dangerous state of disrepair. …. Franco Basso and Katherine Fleming failed to carry out essential repairs on the dilapidated 17th century gothic house on Cottenham High Street. …. Crumbling masonry and broken glass were posing a risk to the public, chimney stacks were left damaged and vegetation on the roof was uncleared. …. South Cambridgeshire District Council had warned the couple to take action, but after no remedial work was carried out took them to court. …. At a hearing at Cambridge Magistrates’ Court on August 9, Franco Basso was fined £440 and must pay £75 costs and a £44 surcharge. Katherine Fleming must pay a £467 fine, £75 costs and a £46 surcharge. …. The owners have since confirmed to council officers that they are making arrangements for the work to be carried out.’  Cambridge Live August 2018

House, probably c.1700 but much altered in early C19 and late in C19 when the facade was remodelled. In the mid C19 the office to the left hand was added.