‘Camera Clubs are obsessed with competitions’, according to Gerry Metcalfe speaking at a U3A session on Judging Photographs yesterday.  Hence the need for the hundreds of judges whose names are published by the Photographic Alliance of Great Britain.  Apparently judges should know their subject, recognise that photography is a subjective pursuit and not be too discouraging when faced by bad pictures, but they don’t need to be good photographers themselves. 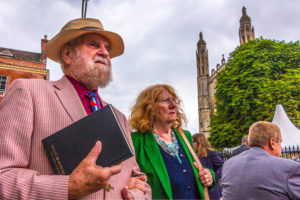 How then are photographs judged?  Some alchemical combination of: the picture, e.g. composition; communication, the photographer’s intention; technique, e.g. sharpness; colour; and analysis, e.g. originality and special effects.  Thereby wildlife is reckoned to be judged against architecture, landscape against portraiture and so on.  A case of apples v pears and bananas v oranges.  What would this picture score?

Gerry illustrated his talk with a range of his own and other people’s pictures – including the Pen and Camera Club of Methodism (some of whose members should stick to the pen).  The audience tended to like landscapes, travel pictures and technical nature photography, but was critical of too much post production manipulation.  Some wanted to improve pictures by shifting the viewpoint and a crop here and there – sometimes very dubious judgements, sometimes hopeless attempts to improve poor pictures. 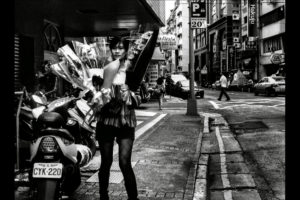 It all seemed a bit like using a ‘Which’ best buy consumer testing methodology to rank visual art.  That may help camera club obsessives, but has little to offer to serious photographic practice.  Try applying it to the work if Daido Moriyama.