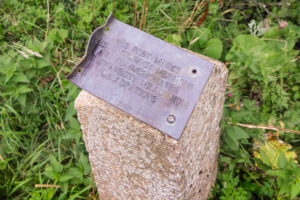 A prime meridian, based at the Royal Observatory, Greenwich, was established by Sir George Airy in 1851. In October 1884 delegates from 25 nations met in Washington, D.C. and agreed on the Greenwich meridian as the official geographic/temporal reference line. However, France abstained from the vote, and French maps continued to use the Paris meridian for several decades. The Greenwich meridian endures.  The Millennium, celebrations, Millennium Bug and all, is now a fading memory tainted and broken by hubris.