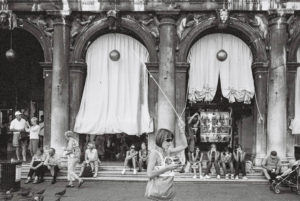 The Pied Piper of Hamelin is the eponymous character in a legend dating back to the Middle Ages from the German town of Hamelin.  The story describes a piper dressed in multi-coloured clothing, who is a rat-catcher hired by the town to lure rats away with his magic pipe. When the citizens refuse to pay once rid of the rats, he retaliates by using his pipe to entice away the town’s children, as he had the rats. There are contradictory theories about the Pied Piper: one suggests he was a symbol of hope to the people of Hamelin during a plague epidemic.