Crossovers between culture, art and media fascinate me.  I’ve reproduced below a panel of text from ‘The Japanese House: Architecture and Life after 1945’ exhibition at the Barbican (photos are my additions). 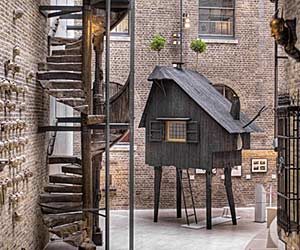 In recent years, architects have found a rich source of knowledge in everyday, anonymously designed buildings. Their work promotes the value of the ordinary and the overlooked.  This section begins with the pioneering ethnographic work of Wajiro Kon who, in the 1920s and 1930s, developed ‘an archaeology of the present day’. His use of field research and inventory to record the domestic environments of ordinary people has proven enormously influential on contemporary Japanese architects. His impact can be felt most strongly in the work of the Roadway Observation Society, founded in 1986 by Terunobu Fujimori and others. This collective roamed the streets of Tokyo, photographing humorous details that others overlooked. Their irreverent approach embraced the seeming anarchy of the city, paving the way for a new vision of urban design in the twenty-first century. 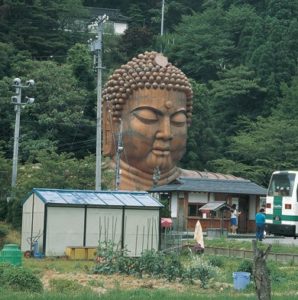 In the late 1990s, as more and more people chose to live in the densely populated city centres, Tokyo-based office Atelier Bow-Wow developed a distinct method of urban research that combined sociology, biology and anthropology. In their books and built projects, they seek to extract the wisdom that lies at the heart of anonymous architecture – from 400 year old townhouses to ramshackle bus stops. Their work has become a major influence on a younger generation of architects. 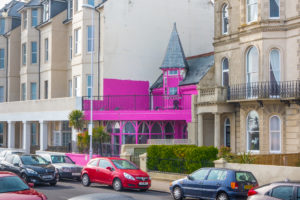 Accompanying the architectural projects in this room, a collection of photobooks from the late 1960s until the 2000s provide parallel views of vernacular Japan, including folk houses, power cables, urban roads and messy interiors. Building on the incredibly rich tradition of Japanese photography, their images suggest the beauty and intelligence that underlies the chaos and clutter of everyday life.