Although my ruckenfigur project reached a fairly satisfactory conclusion (see post 29th October 2013) I’ve not forgotten it entirely. My interest was recently reawakened by the following: 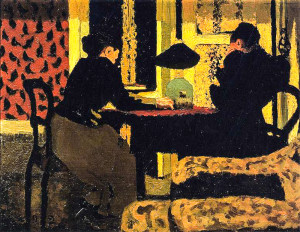 ‘They are not, of course, abstract; they are pictures [by Vuillard] of (mostly) interior spaces, including the people who live and work in those spaces. Bodily position – a hunch, a crouch, a turning-away – is key; Vuillard bears out Edmond Duranty’s dictum that “a man’s back can reveal his temperament, his age and his social position”. But face is rarely key; the paintings may imply, even actively indicate, temperament or mood, but identity is irrelevant.’  Keeping an Eye Open, Julian Barnes, 2015, p.163 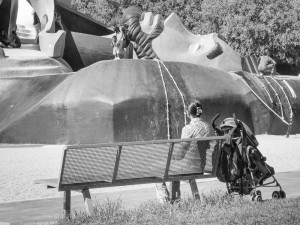