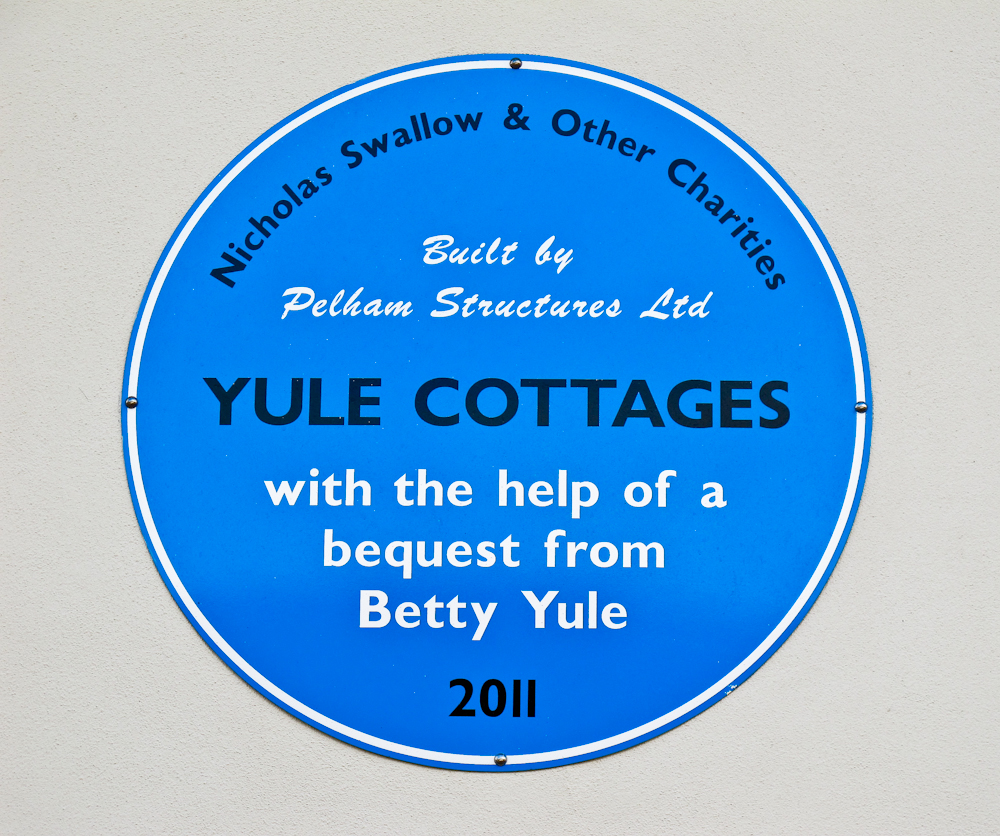 Yule Cottages, The Beeches, Whittlesford: The small scale scheme of three dwellings is funded by the will from local resident Betty Yule. It follows on from a public meeting in Whittlesford in summer last year to consider how to break the deadlock of providing local affordable houses.  South Cambs DC produced a special agreement to allow the homes to be run by the Nicholas Swallow charity.  The Cottages and five other large houses in The Beeches were built by Pelham Structures, a local builder specialising in new, rural properties.  Finding the cottages was serendipity – I worked with Betty Yule on the Cambridge Sub Region Study in the early 1970s.