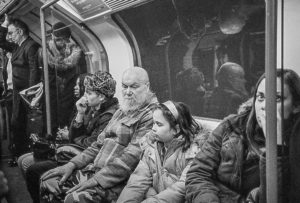 Anyone living through the Cold War will probably remember Nikita Khrushchev as the excitable and pugnacious Soviet leader with a penchant for phases like, ‘We will bury you!’ It therefore came as a surprise to discover recently that he was responsible for building the Moscow Metro. In 1934 he became Communist Party leader in the City and in that position oversaw the building of the Metro.  Khrushchev took great risks in the construction and spent much of his time in the tunnels – accidents were passed off as heroic sacrifices in a great cause. The Metro opened on 1 May 1935.  Artists and architects designed a structure that embodied marble walls, high ceilings and grand chandeliers, said to reflect an optimistic future and show users that their taxes had been well spent.  The result is very bourgeois – the London Underground is quite proletarian in comparison.