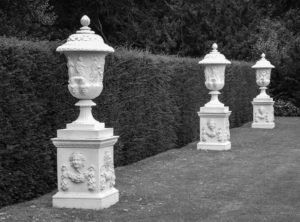 In James Fox’s BBC4 programme ‘The Art of Japanese Life’ on 19th February a Zen Buddhist monk explained something of his beliefs.  ‘The unanswerable, the mysterious, how should I describe it, it’s one aspect of our philosophy.  So in other words the answer isn’t the point; our philosophy is characterised by a search for understanding, it’s a search that will never end.  I think that’s why we value the unknowable.’

Fox concluded: ‘The Zen preference for uncertainty and suggestiveness might still seem alien to us fact loving, empirical, positivistic westerners, but it became a crucial part of Japanese culture, and you can’t understand Japanese culture until you begin to embrace the beauty of mystery.’