Travel – Near and Far

In a previous post (Travels – Delight, 13 October 2014) I suggested that travel provides ‘opportunities to visit new and different places’. In The Art of Travel (2002) Alain de Botton wrote that:

‘If our lives are dominated by a search for happiness, then perhaps few activities reveal as much about the dynamics of this quest – in all its ardour and paradoxes – than our travels. They express, however inarticulately, an understanding of what life might be about, outside the constraints of work and the struggle for survival.’ (p. 9)

Ultimately what we look for is difference from everyday experiences. This led me to think about the scope of my travels and the nature of difference as I have experienced it. The geographic scope embraces Albania, Argentina, Belgium, Chile, Cyprus (North and South), Egypt, France, Germany, Greece, India, Italy, Morocco, the Netherlands, New Zealand, Spain, Switzerland, Syria, Tanzania (Zanzibar), Turkey, and the USA. (Here it is important to admit that in most cases I’ve visited only small parts of these countries, e.g. Rajasthan in India.). Difference is more difficult to define. 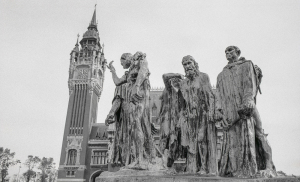 One measure is pure distance, what is closest to and what furthest from home. This is easy: Calais, France, is the nearest and Dunedin, New Zealand, the most distant. The inadequacy of this as a signifier of difference is clear when we start to look at culture and sense of place. Calais may have been the last bit of France to be relinquished by England (1558), but it is distinctively northern French and quite different from home, though ever so close physically. 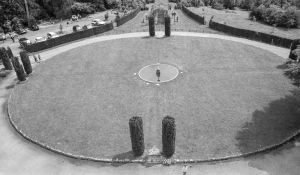 Conversely, Dunedin, founded in 1848, given a romantic plan to emulate Edinburgh and with 200 years of colonial and Commonwealth links feels a lot like parts of the UK. Dunedin probably ranks with other New Zealand towns, such as Christchurch, as the places where the search for difference is sometimes least successful.

If New Zealand offers the least change, where has it been greatest? If it were just down to climate then the heat of Egypt and Syria would rate highly. Sometimes the name is sufficient to capture a sense of the exotic – Aleppo, Havana, Istanbul, Marrakech, Patagonia and Zanzibar conjure up visions of mystery and adventure. Language emphasises difference too: it’s easy to feel at home in New Zealand and the USA; France, Italy and Spain are definitely abroad, but the language is not totally impenetrable; in Egypt and Syria the combination of wholly unknown written and spoken languages create a real sense of difference.

Generally architecture has been a helpful, but often unreliable, indicator of otherness, largely because of the pervasiveness of western influences from ancient Greece and Rome through the Renaissance to the modern day, see ‘Travels – Italy & Syria’ (8th September 2014). There are exceptions, though. Islamic influences contribute to the quite different sense of place experienced in Cyprus, Egypt, Syria and Turkey; and the architectural melting pot that is India has its own strong sense of otherness from the West. The crowded, labyrinthine souks of Aleppo, Fes and Marrakech have no counterparts at home. Pharohnic Egypt has a unique and unmistakable architectural identity that no amount of stealing of its motifs in western architecture can make familiar. 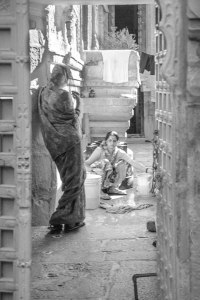 Looking back, it is India that has offered the greatest ‘difference from everyday experiences’. Climate, fauna and flora, language, religion(s), art, architecture, agriculture, and the ways of living combine to create places that are often sublimely and often shockingly different from home. For me there remains a sense of mystery, of unknowability about India.

This search for difference is that which separates home and abroad. What about the difference between places abroad? How does Belgium compare with Cyprus, for example, or Greece with Chile? I don’t think this is worth pursuing, but it is interesting to explore briefly two poles of difference that travel can afford. 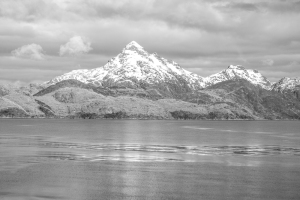 First, the physical environment. The poles here are between the natural and built environment. There are many examples, but the difference is illustrated amply by comparing the Cordillera Darwin, Patagonia, with the new York skyline. 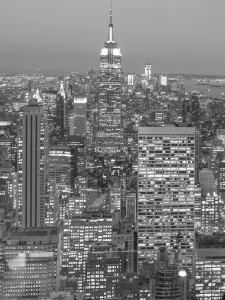 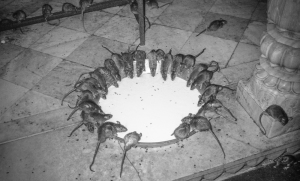 Second, the cultural environment. Here the idea of poles, in the sense of absolutes, is not helpful, not least because possible absolutes quickly become relativities. I simply give two examples of how humankind has shaped its views of the world. From India, the Karni Mata Temple near Bikaner dedicated to the eponymous Hindu sage and home to a reputed 20,000 revered rats. From the USA, the sanitised and ordered world of Disney.  The shared rodents serve only to emphasise the difference. 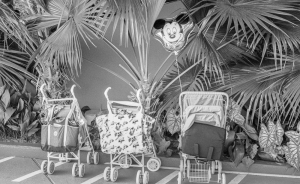