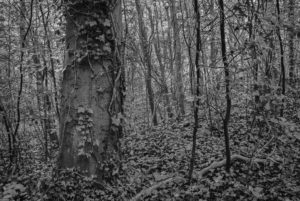 ‘Beech groves have been found in and near important places of power; Avebury and Cerne Abbas to name two. They maybe have been used for food as much as their majestic presence. They have been said to have inspired the building of Cathedrals; the high vaulting arches mimic the high arching branches of the Beech Grove. Beech is thought of as The Mother of the Woods. Beech is also known as the Beech Queen who’s consort is the Oak King.’  From ‘Tree Lore’, The Order of Bards Ovates & Druids